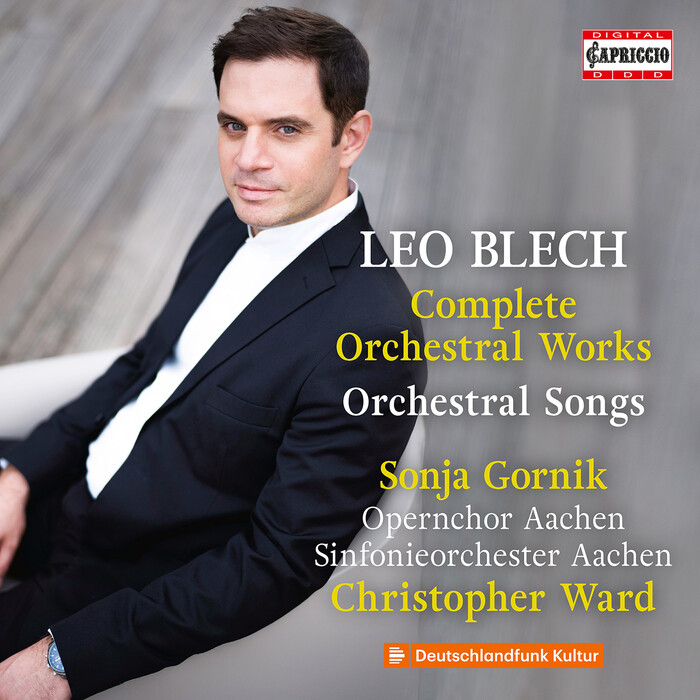 Leo Blech (1871-1958) was a German composer and conductor, best known today for his many recordings of operas by Richard Wagner, many of them available now on Classical Archives. Among them, we especially recommend a release of excerpts from Die Meistersinger that Blech recorded with the Berlin State Opera, featuring such towering artists as Lauritz Melchior, Friedrich Schorr and Elizabeth Schumann. Blech’s clear and structured approach to the music is remarkable.

In 1937, Hitler ordered Blech to stop conducting in Germany, simply because Blech was Jewish. Blech left Germany and went into exile in Riga, Latvia, where he conducted the Latvian National Opera during the war years. While there, he also conducted opera in Stockholm. Then in 1949, he returned to Berlin, where he became Music Director of the Städische Opera.

Blech’s contributions as a composer are less well known. But now a new release, “Blech: Complete Orchestral Works” from Hänssler Classic, focuses our listening on Blech’s excellent, and often inspiring, compositions. On this recording, we hear the voice of a composer who approached post-Wagnerian ideals in a way different from other Wagner-influenced composers like Berg, Schoenberg, Webern, and even Mahler. It seems that as a composer, Blech chose to extend not Wagner’s chromaticism, but rather Wagner’s lyrical voice.

The music is something unique, as you will discover in this new release. It includes Von den Englein (“From the Angels”), a composition for chorus and orchestra that seems perhaps more influenced by Brahms than by Wagner. We also were moved by three of his children’s songs, which are as lovely as the songs by Mahler, but which speak in a gentler, less troubled voice.

All performances are by Conductor Christopher Ward, who leads the Aachen Symphony Orchestra and the Aachen Opera Chorus. That is fitting, because Blech was born and lived out his childhood in that city.

We encourage you to take the time to discover the uniquely satisfying compositions of Leo Blech on this important new release.