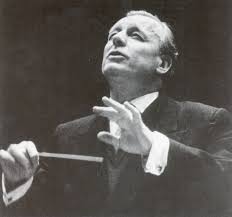 I am enthralled with one of the new releases that are available for listening here on Classical Archives. It is a two-CD recording on the Urania Arts label of the great Belgian/French maestro Andre Cluytens conducting the Orchestre de la Société des Concerts du Conservatoire in a program of music by Maurice Ravel.

If you are a member of Classical Archives, CLICK HERE to listen to the entire album now.

What’s on the recording? Just about all the orchestral works by Maurice Ravel that you could want to hear, including Bolero, La Valse, Rhapsodie Espagnole, Valses Nobles et Sentimentales, Menuet Antique, Pavane pour une Infante Defunte, Le Tombeau de Couperin, Ma Mere l’Oye and Miroirs. About the only “big” orchestral piece that’s not represented is Daphnis et Chloe. But let’s not dwell on that. If any compensation is needed, there is an exceptional performance of Ravel’s Piano Concerto for the Left Hand, played by the formidable French pianist Samson François.

What Is So Special about this Recording?

It might sound like an overly simple comment, but let me just say that the performances are refreshingly French. That comes as a change for concert-goers like me who have become accustomed to hearing orchestras like The New York Philharmonic and the Montréal Symphony Orchestra play Ravel with huge orchestras that fill the stage. Do not misunderstand me, the sound of a stage-stuffing orchestra playing Ravel is thrilling and it gives insights into Ravel’s miraculous abilities as an orchestrator. But the Cluytens recording, more minimal, sounds almost like chamber music. It lets all the voices be heard and gives a different and unique understanding of the inner workings of Ravel’s orchestrations and voicings.

Cluytens (1905-1967) was a master conductor of French music. But interestingly, he was also a great conductor of opera, German Romantic repertoire, and just about everything else. If you poke around on Classical Archives, you will find a recording of him conducting Meistersinger at Bayreuth, for example, a recording of Beethoven’s Piano Concerto No. 4 with Clara Haskell, and other recordings.

His conducting was clear, precise, yet evocative – not unlike that of Pierre Boulez.

For a glimpse of him at work, here’s a video of him conducting a portion of Ravel’s Daphnis et Chloé. (Please note that in this video, he is conducting the French National Radio Orchestra, not the Orchestre de la Société des Concerts du Conservatoire.)

This orchestra, comprised largely of faculty members of the Paris Conservatoire, was established in 1828. It ceased operations in 1967. Cluytens served as its music director from 1946 until 1960.

When you listen to this new release you realize that this orchestra sounds a lot different from any of the North American orchestras you are likely to hear today. The first difference I noticed is in the sound of the woodwinds. As an old bassoonist friend of mine used to say, “The bassoons in a French orchestra sound like saxophones.” While that is arguably true, the sounds of all the instruments in the wind section are admirably balanced against each other. The result is exemplary ensemble playing in service to the music. 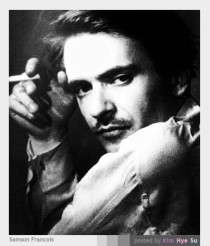 And What about Samson François Playing the Concerto for the Left Hand?

I have to admit that this concerto has never become one of my favorite pieces, possibly because of the overly loud, too percussive recordings that I have heard. But for me, this recording makes sense in every way. The Gallic, minimalist approach brings it into focus and, for me, makes it something new.

A lot of the credit, of course, goes to the fascinating pianist Samson François (1924-1970), who was both subtle and powerful. All his recordings on Classical Archives are worth exploring. He had quite an interesting life and career. When he was young, for example, he studied composition with Pietro Mascagni. And later on, he studied with a range of teachers that included Alfred Cortot. So his pedigree is interesting. The result is a French pianist who is not really Gallic in approach, but something bigger.

To close today’s post in grand style, let’s enjoy this video of François playing a section of the same concerto for the left hand.