A Very Smart Bluffer’s Guide to Opera, Part One: Basic Stuff You Need to Know

A Very Smart Bluffer’s Guide to Classical Music, a post that I published here back in 2014, has turned out to be the most popular post ever on this blog. That tells me that people have need to bluff about classical music. And if that’s true, let’s get opera into the mix. 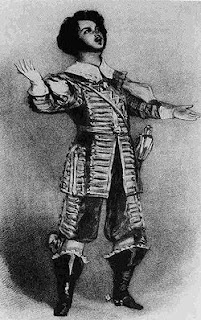 What You Need to Know about Opera

Don’t worry, opera is not complicated or (all that) weird. After you read today’s post, you will be able to avoid posting a blank stare when the topic of opera comes up. You might even be able to toss in a comment or two that shows you’re not a complete newbie on the topic.
We’re covering only the basic stuff today. Soon, I’ll cover other stuff  you need to know to become a good opera bluffer.
Ready? Here we go.
What Is an Opera?
An opera is a play in which people sing all or most of the words. If you have been to a Broadway musical, you already know what an opera is. They’re pretty much the same thing. The main difference is that in most operas there is no spoken dialogue and all the words are sung. Almost all the time, the sung play is accompanied by an orchestra, but sometimes a piano of a small ensemble of instruments is used. Most of the time, the characters in operas wear costumes. And most of the time, an opera is performed on a stage that is equipped with sets. If the story of the opera takes place in Spain, for example, there is a stage set that looks like someplace in Spain.
What Isn’t an Opera?
People get confused about this. An opera is not a screaming fat soprano wearing a horned helmet, no matter what your preconceptions might be. An opera is also not a singer wearing a gown or a suit or a tuxedo while singing in front of a piano or an orchestra. (That is a recital or a concert.) An opera is also not a stage full or people dancing around, with nobody singing. (That is a ballet.) Finally, an opera is not a musical work performed by a chorus, soloists and an orchestra. (That is an oratorio like Handel’s Messiah.) Okay, got it? When people walk around and sing a play, that’s an opera.
What Does “Opera” Mean?
It means “work” in Italian. Simple, right?
Are All Operas Sung in Italian?
Nope. Operas have been written to be sung in Czech English, French, Italian, Mandarin, Russian, and just about any other language you can think of. And sometimes, operas are sung in translation. For example, an American opera company will perform a foreign-language in English translation to make it more comprehensible to the folks in the audience.
What Are the Parts of an Opera?
Just as is the case with any play, there are usually scenes and acts. (There are also one-act operas.) But there are other elements that are part of most operas too:

What Kind of Singers Perform in Operas?

These are the most common kinds of singers you will see in operas:
Some opera also have countertenors, who are men who sing in a high, falsetto-like range. But you won’t find them in too many operas.
What’s this Crap about Women Playing Male Characters in Operas?
I’ll spare you the historical reasons why this happens but yes, in some operas women dress up like men and sing the roles of male characters. It only happens in maybe 5% of operas. Sometimes it is done because the woman is playing the part of a young man. (Examples: In Mozart’s Marriage of Figaro and Verdi’s Masked Ball,the roles of young men are played by female singers. Don’t ask me why exactly, nobody gets fooled into thinking the singers are boys.) It also happens in some Baroque operas, but don’t sweat it, it’s not a topic that’s going to come up often.
Where Did Operas Come from?
Chances are pretty good that people, even in the earliest historical times, liked to stand up and belt their way through plays. However, most music historians like to say that mainstream opera “started” in Italy in about 1600, when a group of Italian composers got together in Florence. It’s interesting to note that these guys, including a truly great composer named Claudio Monteverdi, weren’t trying to create anything new. They were actually trying to replicate ancient Greek and Roman dramas, which they knew had texts that were chanted while instruments droned away and that a chorus was an important part of the story-telling. (Remember, the word “renaissance” means “rebirth,” and Italian artists and musicians were trying to revive classical arts that had been neglected for more than 1,500 years.)
The first operas that these Italians composed – most famously Orfeo by Monteverdi – represented a good try at replicating ancient Greek drama. Here’s a video of a brief section:
But do you know what? Monteverdi and his colleagues, just like Italians always have, proved to be creative geniuses. Within only a few decades, they were moving away from the efforts to recreate classical dramas and they were showing off. In fact, they had created something entirely new. At least two operas by Monteverdi – Il Ritorno d’Ulisse in Patria (“The Return of Ulysses to his Country”) and l’Incornazione di Poppea (“The Coronation of Poppea”) are amazingly compelling dramas that sound pretty modern even today.

To see how far the Italians progressed in just a few decades, check out the prologue from Monteverdi’s Ritorno d’Ulisse:

And the rest, as they say, is history.  Opera became a craze, sort of like Broadway shows are today. It became the rage of Europe and within 150 years, Italian composers were getting hired to write Italian-language operas in England, Russia,  Scandinavia and other countries. Germans and French people, who are generally ornery, started to compose operas in their own kind of national styles that differed from what Italian composers were writing. And of course, operas are still being written today.
What Operas Do You Need to Bluff About?
Please visit this blog again next week, because I’ll be listing the operas that you need to be prepared to bluff about. Don’t worry, when you finish reading that post, you’re going to be fully up to speed with your opera bluffing skills.